MORE THAN YOU CAN IMAGINE

The old town of Stari Bar, in the southeast of Montenegro, has seen its fair share of troubles. Over the centuries it was taken over by the Venetians, the Serbians, the Hungarians and the Ottoman Empire. The scene of a siege in 1877, it was finally reclaimed by Montenegro from the Turks after the locals bombed the aqueduct into the town and cut off the water supply. One hundred years later, in 1979, that same aqueduct, since repaired, was destroyed again by a major earthquake and the community was abandoned. Today it lies in ruins

On a small island, that is, a cliff, northwest of Ulcinj, in the inlet Kruče, there are the ruins of what were thought to be the remnants of the Old Town of Ulcinj - Dolcigno Vecchio. According to the Venetian historical documents, it was assumed that the ancient Olcinium was located between this crag and the shore and that it sank. However, the later archaeological explorations have found that a small signal station (specula) was placed on this rock, that is, on this little island in the ancient times, and that in the Middle Ages a fortress was built there which served as a watchtower.

The beautiful Bay of Kotor – or Boka Kotorska – is often called Europe’s most southernmost fjord. It certainly looks like one, with towering peaks surrounding a rocky coastline dotted with pretty waterside towns. Add in a few cruise ships in the bright blue waters and you could almost be in Norway. But both the water and the climate here are much more Mediterranean than Scandinavian. The bay’s not actually a fjord either, but rather a ria – a submerged river valley that’s made up of four connected bays which look like a butterfly shape as they stretch inland from the coast. That’s all just definition though, the scenery here is as stunning as any ‘proper’ fjord. And when you add in bags of Montenegro  history and culture then you can see why UNESCO have listed the Bay of Kotor as one of their World Heritage sites.

Lake Skadar is a wild wonder waiting to be explored. A vast freshwater lake straddling the borders of Albania and Montenegro and surrounded by dramatic karst mountains, its mirrored waters, rocky shores and wetlands play host to a myriad of wildlife with more than 260 species of birds, traditional fishing villages, islet monasteries and pristine beaches.

Very close to Ulcinj is  perhaps the most beautiful beach in Montenegro – Ada Bojana, a stunning sandy island in the middle of a river, with semi-private beaches and a reputation for exclusivity.  Ada Bojana is near Ulcinj and easily accessible by car or bus.  The island originally began to form in the 1800s when a ship called “Merito” sank near two small sandbars in the river.  Sand began to accumulate and eventually helped to form Ada Bojana. 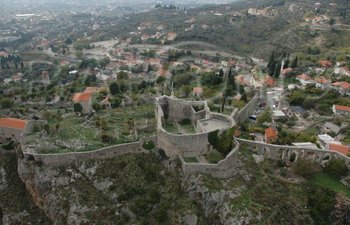 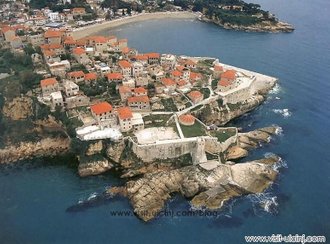 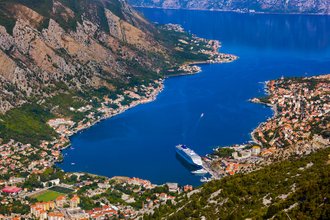 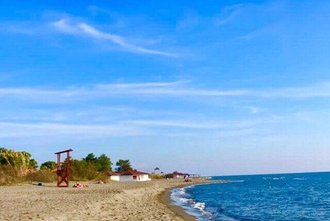 See you at the apartment Carpe Diem with the best sea view :)